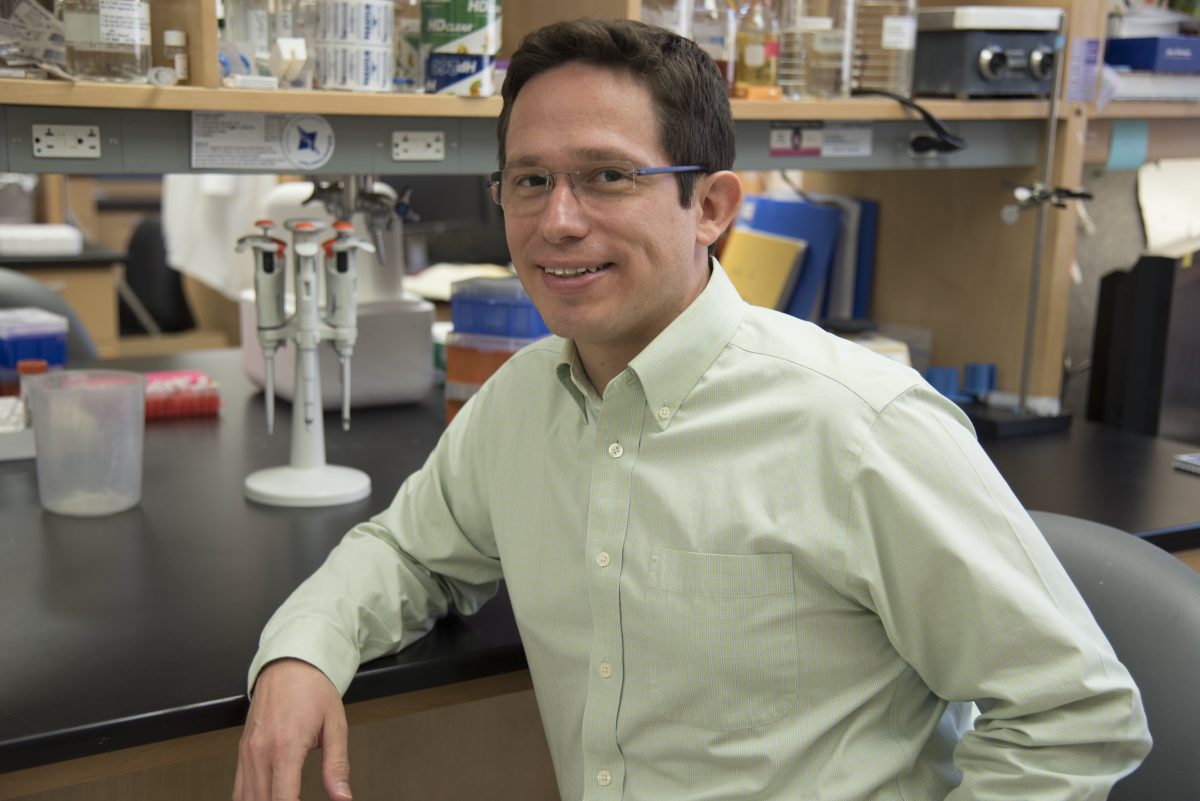 The RNA transcripts of virtually all human genes must be processed by one cellular machine: the spliceosome. The mind-boggling array of proteins and RNAs that make up the spliceosome allow it to control how genes are expressed. Many researchers are interested in the dynamic interplay between these components of the spliceosome and how they evolved, likely from a parasitic RNA that invaded eukaryotic cells at around the same time eukaryotic and bacterial cells became distinct from one another approximately two billion years ago.

The spliceosome is also a reason that complex organisms like animals and humans can exist. Through splicing, the cell is able to get several different transcripts out of just one gene, meaning a more diverse array of proteins can be made from a relatively small amount of DNA. This creates evolutionary diversity much more rapidly than other mechanisms, allowing complex organisms to evolve more quickly.

The laboratories of biochemistry professor Sam Butcher and biomolecular chemistry professor David Brow at the University of Wisconsin–Madison recently took the latter approach to hone in on a protein called Prp24 and a seven-protein ring called the Lsm2-8, both of which recruit a critical RNA called U6 into spliceosomes. In their newest study published in Nature Communications on May 1, 2018 they reported for the first time the structure of these eight proteins interacting with the U6 RNA.

Read the rest of this story at the link bleow.