Single Cell Biochemistry
Decades of research on metabolism have produced detailed biochemical maps which include myriad interconnected reactions. Despite this detailed knowledge, we are limited in our ability to predict metabolic responses to environmental stimuli and disease. One obstacle is monitoring the dynamics of these signaling networks when a source of tissue is limiting.

In general, our laboratory focuses on single cell methods that can cope with the spatial and temporal complexity of eukaryotic metabolism. In particular, we design and utilize fluorescence microscopy-based tools to monitor the kinetics of individual biochemical reactions in living cells, on a timescale of milliseconds to days. To do so we employ a variety of fluorescence imaging modalities, including epifluorescence, light-sheet, FLIM, 2-photon, confocal and TIRF microscopy. In excitable cells, we combine these optical tools with the unsurpassed temporal resolution of patch-clamp electrophysiology.

Application to Diabetes
Our primary application is the study of oscillatory metabolism in pancreatic beta cells. These cells use nutrient metabolism as a signaling pathway to trigger the release of insulin, a hormone that is deficient in diabetes (neonatal, type 1, and type 2). Persistently elevated metabolism can also trigger beta cell proliferation, when the demand for insulin increases (for example during pregnancy or obesity/insulin resistance).

If the demand for insulin exceeds the rate at which beta cells are able to collectively increase their secretory capacity, the organism risks the loss of glucose homeostasis and progression to diabetes. To study this process in living cells, we are utilizing non-invasive metabolic imaging of cellular redox potential in combination with a library of genetically-encoded sensors (based on FRET, etc.) to quantify metabolite levels and reaction kinetics in beta cells from a variety of obesity/diabetes models. Our long term goals are to understand (1) whether a shift in energy metabolism anticipates the onset of diabetes, and (2) the time course and signaling pathways by which elevated metabolism activates the cell cycle. Our approach is generalizable to a variety of human metabolic disorders including aging, obesity and cancer. 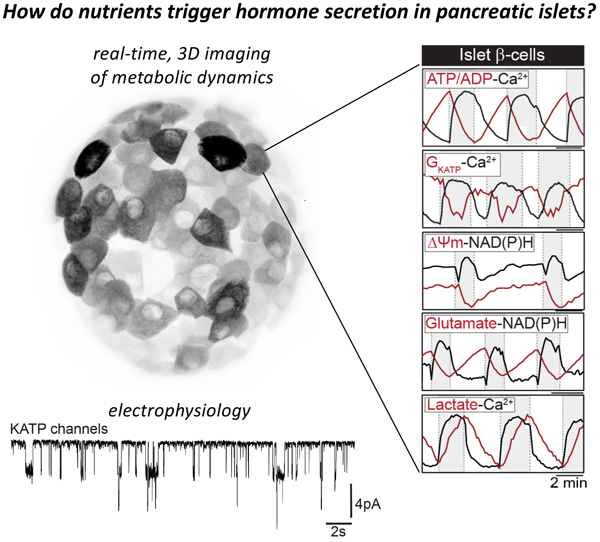 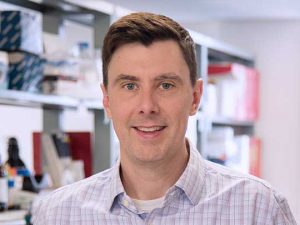