Research in my laboratory is focused on understanding how RNA molecules regulate gene expression. RNA plays a central role in many biologically important processes and directly regulates gene expression inside the cell in a number of fascinating ways. We use biophysical and biochemical approaches to investigate the structure and function of RNA-protein complexes.

Spliceosome Biogenesis
We are interested in elucidating how essential non-coding RNAs and proteins assemble to form the spliceosome, a large (multi-MegaDalton) complex that is responsible for catalyzing pre-mRNA splicing. The spliceosome is highly dynamic and must undergo large, nanometer-scale conformational changes during assembly. A striking example is how the U6 small nuclear RNA (U6 snRNA) is incorporated into the active site of the spliceosome. During spliceosome assembly, the U6 snRNA intimately associates with proteins to form the U6 small nuclear ribonucleoprotein particle (U6 snRNP). This particle must dissociate and the U6 snRNA must be handed off to form a new structure, the U4/U6 di-snRNP. As the U4/U6 di-snRNP is incorporated into the assembling spliceosome, it also must dissociate to hand U6 off to the U2 snRNA. We are working to develop a better understanding of the dynamic spliceosome assembly and disassembly pathway at the molecular and atomic levels.

Translational Recoding
Translational recoding is the process of directing the ribosome into a new reading frame in order to translate a new protein. This process occurs in all domains of life and is commonly exploited by retroviruses (such as HIV). We have described the thermodynamic basis of the -1 frameshift in HIV, which is stimulated by a highly conserved RNA stem-loop structure. We have discovered a quantitative relationship between local RNA stability and frameshift efficiency. Exploiting this effect, we engineered HIV to over-frameshift and found that the resulting viruses are significantly less infectious than wild-type. We are currently interested in exploring the molecular basis of this effect. We are also interested in understanding how other RNA structures stimulate recoding events such as +1 frameshifting. The Israeli Acute Paralysis Virus (IAPV) infects honeybees and is an excellent model system for investigating this process. We discovered that this viral RNA mimics the shape of tRNA in order to recruit ribosomes into the 0 or +1 reading frame. 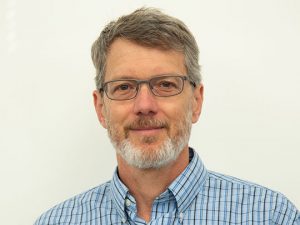