Signal Processing in Intracellular Signaling Networks
Cells must convert information about the environment into the activity of intracellular effectors, such as transcription factors or metabolic enzymes, in order to generate an appropriate cellular response. A cell “knows” only so much about an external signal as is transmitted through the appropriate signaling pathway to a downstream effector. How signaling pathways are wired to perform appropriate transformations on their input signals and how networks can be tuned on adaptive and evolutionary timescales to adjust these transformations remains an outstanding question. Furthermore, how an effector’s activation carries information and produces an appropriate cellular response is often poorly understood. Information can be encoded in the identity and/or dynamics of an effector. How signaling networks control the dynamics of effector activation and how these dynamics are decoded by promoters to generate distinct gene expression programs is of particular interest. These questions represent critical gaps in our understanding of how healthy and diseased cells respond, or make decisions, in response to stimuli. My research uses Saccharomyces cerevisiae, or budding yeast, as a model organism for addressing these questions in biological signal processing.

Optogenetic Tools for Perturbing Intracellular and Intercellular Signaling
Thinking of a biological network as an electrical circuit provides a useful analogy.  Electrical circuits take input voltages and convert them to appropriate output voltages so that a desired outcome is achieved.  In much the same way, biological networks take input stimuli and convert them into appropriate biological outputs.  Electrical engineers have highly controlled perturbative tools for deconstructing and decoding the internal mechanism of a complex device. For example, signal generators generate complex electrical signals for interrogating and manipulating electrical circuits. Currently, biologists lack equivalent tools for manipulating biological networks. Our lab is engineering optogenetic tools and combining them with real-time control schemes to build biological signal generators.

Optogenetics is the engineering of genetically integrated light-sensitive proteins to actuate processes, such as gene expression, within a cell in response to light. We have developed optogenetic tools in yeast for temporal control of gene expression and subsequent protein concentration and integrated these light-effectors into a toolkit that allows us to rapidly assemble light-controlled circuits in budding yeast and more recently in pathogenic yeasts. Our yeast optogenetic toolkit offers the potential for rapidly generating light-tunable circuits to control interactions in signaling pathways through tuning protein concentration or localization. We have made this optogenetic induction system more flexible by targeting DNA-binding using CRISPR/Cas9 technology. To allow for light modulation of protein concentration in cultures of cells, as well as real-time monitoring of protein concentration for feedback control, we developed laboratory technologies that allow us to program illumination in cultures of cells. In collaboration with an electrical engineer we have developed a framework for using optogenetics to alleviate many of the current limitations in molecular communication networks.

Heterogeneity is also important in understanding biofilm development and the progression of disease caused by pathogenic yeasts. We have developed microfluidic technology that allows us to grow pathogenic yeast biofilms and measure virulence phenotypes such as dispersed cell number and phenotype. We are developing optogenetic tools in pathogenic yeasts so that we can identify the role of specific genetic regulators in driving disease. In parallel, we have developed optogenetic approaches to control microbial community structure, for example, by controlling the location and number of producer or cheater cells. 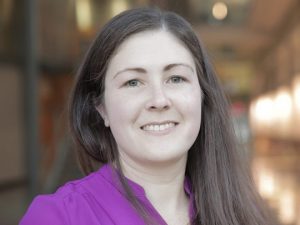