Retroviruses cause a variety of cancers and immunodeficiencies throughout the animal kingdom. Our group is interested in the cell biology underlying the assembly and spread of the human immunodeficiency virus type 1 (HIV-1), the etiological agent causing the acquired immunodeficiency syndrome (AIDS), as well as oncoretroviruses such as the murine leukaemia virus (MLV). Like all viruses, retroviruses have evolved to hijack specific features of their cellular hosts in ways that favor efficient viral replication. Understanding virus-host interactions can inform the development of novel antiviral strategies, and, in general, retroviruses provide great tools for probing questions of cellular function and immunity.

Recent advances in live cell imaging allow us to monitor specific stages of the viral life cycle in striking detail. We are combining time-lapse fluorescence microscopy with genetic and biochemical approaches to study how viral particles are assembled and transmitted from cell to cell. A current focus is on the post-transcriptional journey of HIV-1 genomic RNAs (gRNAs) from the nucleus to sites of virus assembly at the plasma membrane. gRNAs function both as messenger RNAs encoding the viral Gag structural protein as well as the genetic substrate bound and packaged by Gag into assembling virions. Therefore, gRNAs provide for an excellent system with which to study both the virus assembly pathway as well as the cellular machineries that regulate RNA transport and gene expression. 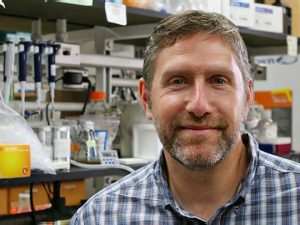