Protein Phosphatase 2A
Protein phosphatase 2A (PP2A) is one of the most important and abundant Ser/Thr phosphatases in all eukaryotic cells with complex regulation and compositions. It plays a critical role in many essential aspects of cellular function, and deregulation of its function has been linked to many types of cancer, neurodegenerative disorders, and heart failure. PP2A participates in diverse cellular processes via formation of numerous heterotrimeric holoenzymes. Each contains a common core enzyme formed by PP2A scaffold (A) and catalytic (C or PP2Ac) subunits and a variable regulatory subunit from one of four major families (B/PR55, B′/PR61, B′′/PR72 and B′′′/Striatin). In addition to regulatory subunits, the function of PP2A is also controlled by diverse regulatory proteins, including α4, phosphatase activator (PTPA), methyltransferase (LCMT-1), esterase (PME-1), and protein chaperones. The Xing lab has pioneered in the structural biology of PP2A regulation. In addition to elucidation of the structures of PP2A holoenzymes, several important breakthroughs in the lab on the structural basis of PP2A regulation reveal a linear pathway for strict control of the biogenesis of PP2A holoenzymes. 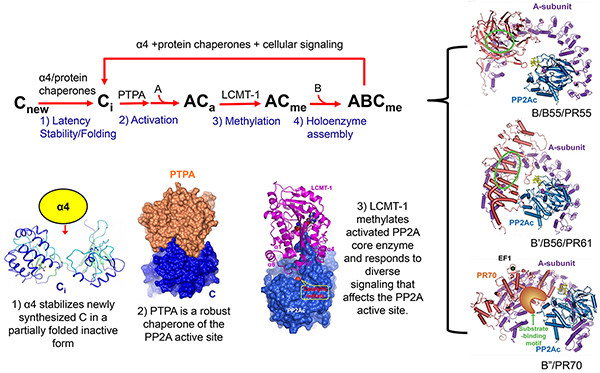 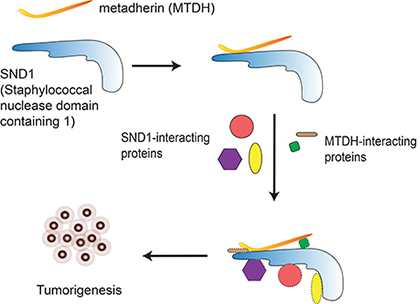 Staphylococcal nuclease domain containing 1 (SND1) and Metadherin (MTDH) are over expressed in many types of cancer with poor prognosis. SND1 is a multifunctional protein harboring four tandem repeats of Staphylococcal nuclease (SN)-like domains followed by a tudor-SN domain (TSN5 domain). SND1 was suggested to be an essential component of the RNA-induced silencing complex (RISC) and involved in miRNA-mediated silencing, and was shown to be important for cancer cell survival under oncogenic or chemotherapeutic stresses. MTDH is an unstructured transmembrane signaling scaffold protein. It has been implicated in several cancer-related processes, including proliferation, cell death, invasion, and angiogenesis, and has been linked to multiple oncogenic pathways such as PI3K/AKT, Wnt/?-catenin, NF-kB. We recently elucidated the structural basis of MTDH-SND1 interaction and showed that their interface possesses important tumor-promoting function in the initiation, expansion, and survival of several subtypes of breast cancer. The Xing lab ongoing efforts focus on elucidating the structural and molecular basis of MTDH-SND1-mediated cancer cell signaling and developing cancer therapeutics that specifically target MTDH-SND1 interaction. 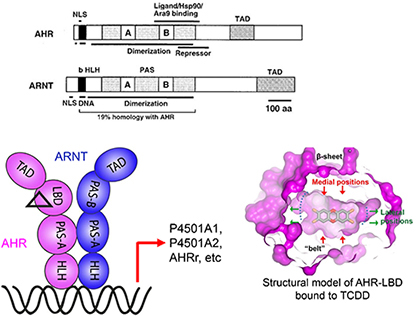 Aryl hydrocarbon receptor (AHR) is a PAS family transcription factor that mediates cellular responses to diverse environmental chemicals and endogenous metabolites. It plays an important role in toxicity response, and normal immune and cardiovascular functions, with important implication for cancer and autoimmune diseases. The latent form of AHR is associated with protein chaperones, including Hsp90, Ara9, and P23, which is required for AHR activation. Upon ligand-binding, AHR dissociates from protein chaperones and translocates to the nucleus, where it forms a dimer with its transcription partner, ARNT (AHR nuclear translocator), which in turn activates a battery of genes that mediate biological consequences, including cytochrome P450s that mediate detoxification. The structural toxicology focus of Xing lab aims to elucidate the structural basis of AHR signaling and structural determinants that control AHR preferences toward diverse ligands and their distinct biological consequences, and to develop sensors that detect real-time binding of AHR ligands. 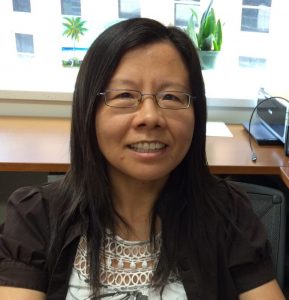